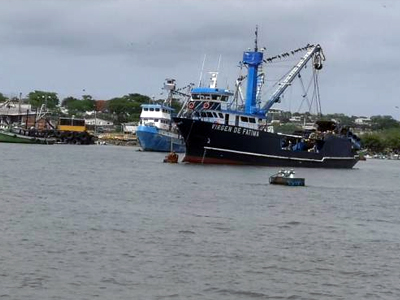 Tuna vessel owners in Ecuador are inquiring about the possibility of moving their operations to Panama because of cheaper oil prices, following the increase of diesel rates set by the Ecuadorian government.

Current price stands at USD 1.80 per gallon, almost 80 cents more than the previous rate. Manta Chamber of Commerce President Lucia Fernandez said that costs of other goods, services, supplies and equipment also surged on top of the oil price. To compare, diesel prices today are at USD 2.22 per gallon in the USA.

If fleets moved to Panama, the two main tuna hubs in Posorja and Manta will most likely be hit, according to reports by Ecuadorian media. Two major tuna plants based in Posorja (NIRSA and Salica del Ecuador) employ most of the locals in the factories as cleaners or operators  or as crew members of the extensive fleet of 115 vessels nationwide.

However, in spite of playing with this idea of a possible fleet migration, seiners will still continue to land their catch in Manta, Posorja and Guayaquil, since these are their major volume customers. There is also no factory in Panama to support canning operations, at most the port could be used as a transshipment port into carriers, adding additional logistic charges.

In September 2018, the Ecuadorian government announced a cut to diesel subsidies in order to increase oil production and offset fiscal deficit. Diesel is one of the main exports of the cash-strapped country.

Alongside subsidy cuts, the government also borrowed more than USD 1.1 billion to raise oil production in the country. Earlier this year, authorities discussed a compensation scheme to replace diesel subsidies.

The prospect of an Ecuadorian fleet exodus to Panama aims to add pressure to the national government to lower the oil prices and reinstate fuel subsidies. Oil remains to be the major expenditure for any tuna fishing operation. 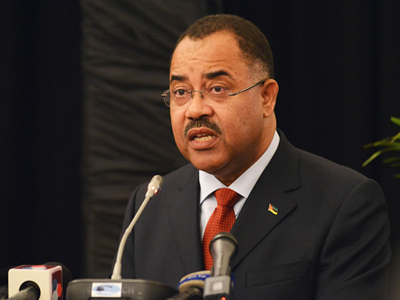 A former Finance Minister of Mozambique was arrested for money laundering and approving secret loans. Manuel Chang, 63, was apprehended at South African airport and is now awaiting extradition to the United States.

The arrest followed an international warrant issued by the US on charges of conspiracy to commit wire and securities fraud, plunging the country into a massive Chang had been red-flagged by Interpol, which meant that South African authorities would have been informed if he had tried to move in or out of the country.

The debt was partly caused by a loan taken out to develop state-owned tuna fishing company EMATUM.

Chang was a key player in the aforementioned “tuna bond”, signing illegal guarantees for over USD 2 billion worth of loans from 2013 and 2014 by three security-related companies, including EMATUM. In 2013, EMATUM obtained 24 longliners as part of its USD 850 million share in loans. The loan was later discovered to have been spent for military defense.

Mozambique’s debt soared 112 percent of GDP by end of 2017, which led to huge losses in foreign funding and suspension of international aid from donors including the International Monetary Fund and World Bank.

If the US extradition succeeds, Chang could face up to 40 years in prison within the US, effectively convicting him for the rest of his life. The US Department of Justice was investigating three international banks for their roles in the fraudulent loans, in which Chang was allegedly part of.

After a two-year battle with the California federal court, US grocer Trader Joe’s (owned by Aldi) has agreed to settle for USD 1.3 million a proposed class action from consumers claiming the company had been underfilling its 5 ounce albacore tuna cans.

The class action detailed in a report by Law360 is derived from a slew of suits filed against the company in 2016 in New York and California federal courts, which Atuna had previously reported on. In the initial suit filed in February 2016, plaintiff Amy Joseph had accused the grocer of fraud on the basis of not filling its branded tuna cans to the prescribed federal pressed weight standards.

Joseph’s suit was compounded by several other allegations filed in early 2016 in New York, California, and Illinois. The multiple suits were consolidated into a proposed class action in November 2016. Trader Joe’s was granted dismissal and the plaintiffs were granted leave, which they took in 2017.

Attempts to re-dismiss the case were taken up by Trader Joe’s in the later half of 2017, as the company argued that the complaint was formulated on an outdated standard: saying that the labels of its canned tuna products do not disclose any statements referring to the dated pressed weight standard (weight of the tuna meat without fluids) first introduced in 1957.

The retail grocer further asserted advocacy of its labelling program by stressing the display of net weight of 5 ounces and “drained weight” of 4 ounces in the center-front of its product label.

Defendants continued to stress the outmoded integrity of the pressed weight standard, in the consideration that no other country other than the US is still implementing the system. The grocer maintained that its new pressed weight standard is easier for consumers to visually understand and for manufacturers to apply.

By the end of October 2017, all New York claims filed against Trader Joe’s were dismissed, while most of the California cases remained open. Negotiations between the retail grocer and the proposed class concluded with plaintiffs declaring the USD 1.3 million settlement an “excellent result” covering a substantial amount of what was spent on the litigation.

The proposed class considers the payout, which amounts to USD 29 per claim, as “fair and adequate considering the price of a can of tuna”. 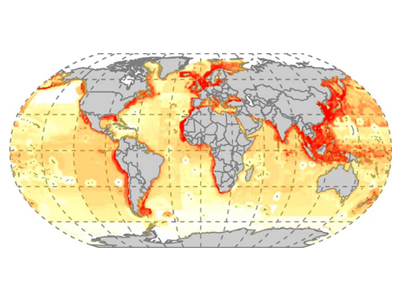 A new study has revealed that fishing fleets have more than doubled the distance travelled to fishing grounds but during this time, catch rates have dramatically declined. Over 90 percent of the world’s oceans are affected by fishing and subsidized vessels are one of the main  reasons behind this growth, according to the research report.

Researchers from The University of Western Australia and The University of British Colombia conducted the report ‘Far From Home Distant Patterns of Global Fishing Fleets’ in which it was concluded that as of the end 2014, global trends were dominated by heavily subsidized fleets of just a handful of countries.

“While most countries continue to focus their fishing efforts on local waters, Taiwan, Spain, South Korea, Japan and China have aggressively subsidized vessel and fuel costs to encourage their fleets to operate thousands of kilometers from their home ports”, said lead author David Tickler.

The finding of 90 percent of the oceans being affected by fishing goes against another study conducted by Global Fishing Watch. It found that industrial fishing only covers 55 percent of the ocean’s surface area. It does however acknowledge this proportion is likely to be greater as its data does not include fishing effort in regions with poor satellite coverage.

These five nations, which are described as largely driving the expansion of the total area covered by the global fleets, play an important role in the tuna industry. Spain is the biggest exporter of canned tuna to the EU market and its raw material is caught mainly in the Indian Ocean. It previously also operated in the Western Pacific but now a big player in this tuna-rich region is China. Chinese longliners in particular are known for becoming more dominant in the tuna sector as a result of government grants. The Taiwanese and South Korean tuna fleets are two of the leading players globally and deliver the largest tonnages of tuna catch to the processing hub of Bangkok.

While the report argues that there has been a geographical expansion, the global fish catch rate has declined from over 25 kilograms per kilometer in 1950 to seven kilograms per kilometer in 2014. Therefore, vessels are out fishing for longer periods of time but landing less raw material. “These diminishing returns to fishing effort are a worrying indicator of the ability of fisheries to continue meeting consumer demands,” Tickler says.

The number of vessels in the global tuna fishery, specifically the global purse seine fleet, has also grown according to recent ISSF data. The volume of seiners, which account for over 60 percent of the world’s tuna catch, has increased once again this year but this time at a slower rate of three percent compared to the 10 percent increase reported for 2016-17.

Another author of the report said the finding showing that vessels are travelling longer distances is “further proof” of how subsidies are encouraging the “irrational” use of fisheries resources.