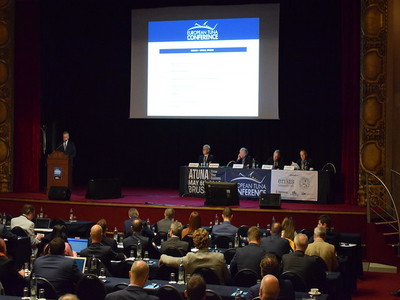 The 2019 European Tuna Conference (ETC) is off to a great start – the opening session speeches highlighted some of the major topics concerning the tuna industry: illegal fishing, sustainability, and tuna stocks assessment.

Stefaan Depypere, ETC Conference Chair, Independent Consultant of SDP-Consult c.v., stated that illegal (IUU) fishing is a huge global problem and makes up 15% of the global seafood industry. He said that the tuna industry “needs to say firm and vigilant against illegal fishing” and countries need to work together to accomplish this goal. Also, he affirmed that the EU has taken measures to protect the industry from illegal fishing.

Touching on the topic of sustainability, he said that “tuna is a big business and that is why it is so important that the whole [supply] chain should be accountable and transparent; from net to the catch.”

What would the industry be without the source itself?

He added that although most tuna stocks are fully exploited, most of the stocks (85% of world tuna catches) are estimated at being in good health. Dr. Fonteneau also highlighted that RFMOs are facing increasing pressure to be more efficient in controlling tuna fisheries but work remains difficult because of scientific and political reasons.

The state of the European tuna market was another interesting topic that was touched on by another speaker, Pierre Commère, Delegate General, Fish Processing Industry in Adepale, France. The EU market is essential when it comes to canned tuna product as it is the second largest producer worldwide when it comes to this product type.

Tuna expert and author of the book, Tuna Wars, Steven Adolf, gave the last talk of the opening session at the ETC. So, how well do we know our tuna? Adolf traced back into the history of tuna and how the most consumed fish in the world has been traded and been part of the world global economy since ancient times. The tuna expert also highlighted the importance of sustainability and how it has become “a weapon” in marketing. For example, how the dolphin-safe mark is more a marketing tool than a real sustainable certification. 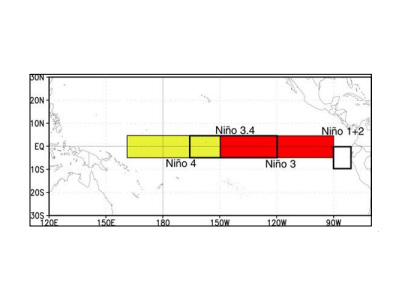 Prices for whole round skipjack in the Eastern Pacific Ocean tuna hub in Manta, Ecuador have inched higher, SKJ1.8:MNT have now reached USD 1,700 per M/T, indicating a 5.8 percent increase compared to last month.

As reported on Atuna, prices have fallen in the beginning of the year at USD 1,450. The current level has shown a 14.7 percent increase compared to the price in January 2019.

Despite the end of the yearly tuna fishing ban in the EPO, fishing remains very poor and local canneries are still extremely short on raw material.

Fishing companies report dire fishing conditions, which they attribute to the high surface temperatures caused by El Niño. This can be seen throughout most of the Eastern Pacific. Rain and wind conditions are also reported to be consistent with El Niño.

While some carriers continue to arrive from the Atlantic Ocean, Indian Ocean and the Western and Central Pacific, the incoming quantity is still insufficient to remedy the raw material situation.

The low supply is also resulting in increased competition among canners, driving up prices.

The latest prices can be found here.

Spanish Grupo Calvo has announced the renewal of its fleet in a bid to improve overall operational efficiency and maintain its raw material supply capacity.

The construction of the new 1500m3 capacity purse seiner has been awarded to Galician shipyard Construcciones Navales P.Freire. The ambitious renewal of the fleet will be carried out in the coming years to replace the older boats with more modern and efficient ones, in order to guarantee their capacity to supply quality raw material in a sustainable way.

The new vessel will be 77 meters in total length, with a gross tonnage of 1,973 GT and 3,392 kW of Power. It is designed to meet the highest criteria of energy efficiency and will be audited to comply with the Spanish APR (Responsible Tuna Fishing) certification.

The certification will be incorporated alongside a number of other initiatives such as the control and satellite tracking of its fleet, the embarkation of independent observers on all its vessels and maintaining compliance with the working, health and safety conditions of workers. Special emphasis will be given to the technical equipment and habitability of the boat.

CEO of the Calvo group, Mané Calvo stated “Supplying tuna efficiently and responsibly is a critical aspect of our business. Having our own fleet allow us not only to guarantee the supply of quality products but also to be an active part in ensuring the sustainability of the raw material.”

“The construction of this boat in Galicia and by a Galician company is also a sign of our commitment to the development of the economy and society of the region that we were born in more than 75 years ago.” 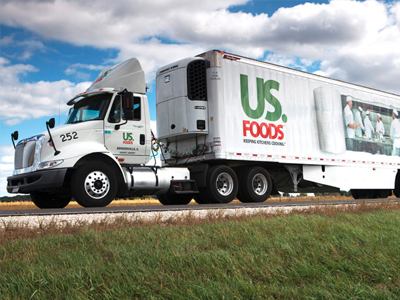 Bumble Bee has reached a settlement with the American distributor US Foods to end claims related to the nation-wide conspiracy to keep prices of canned tuna artificially high.

US Foods partners with over 250,000 restaurants and food service operators in more than 60 locations. The company also operates 14 processing facilities.

The terms of settlement were not mentioned during the filing on Monday (Feb. 25). Another food distributor, Sysco Corp. has also inked a similar private deal on February 13, 2019.

The civil lawsuits against the Big Three (Bumble Bee, Chicken of the Sea and StarKist) began in 2015 amid an investigation into alleged price fixing in the US canned tuna sector.

Bumble Bee pleaded guilty to a criminal anti-trust charge in May last year and paid USD 25 million fine, which could become more than USD 80 million if the firm were to be bought by another company.

In January, Atuna reported that StarKist had paid off USD 20.5 million worth of settlements to Walmart in a bid to resolve all claims related to price fixing charges against the company.