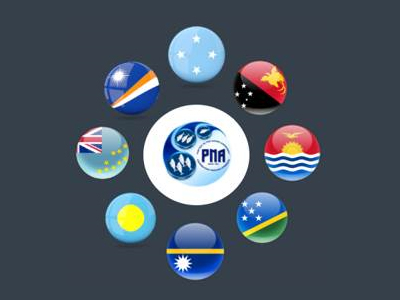 PNA member nations do not have the luxury of “working towards sustainability”, like many FIPs, but have to act directly, as a means of survival. This was the bold message of the PNA Office’s Commercial Manager, Maurice Brownjohn, when he spoke at the SeaWeb Seafood Summit this week.

According to Brownjohn, these “8+1” island countries, whose EEZs cover an area 40 percent bigger than Europe, have been innovative and proactive when it comes to conservation, as there is “no other choice”.

The PNA started in 1978, 23 years before the WCPFC’s establishment, with the idea of making needed decisions to conserve and manage the rich tuna stocks in the region. Brownjohn calls it a “leading innovator”, mentioning high seas and FAD closures, catch retention regulations, skipjack target reference points, observer programs, VDS and more.

The biggest step to date, however, is that the PNA fishery became the first MSC certified skipjack and yellowfin free-school purse seine fishery globally, stresses Brownjohn. He adds that the region also “went beyond” with the creation of a comprehensive chain of custody (CoC) to validate MSC claims, while many fisheries remain in long term Fishery Improvement Projects (FIPs).

And while the PNA and subsequently the WCPFC step ahead, all other global RFMOs are on a downward trend, he says, questioning why this is the case. ISSF was pointed to during the presentation, the lobby group representing 75 percent of all canned tuna marketed globally. In 2011, it promised that all tuna stocks would be at the level of MSC, by 2017. This year, the same promise was made again, but with the much later date of 2023.

Brownjohn adds that the ISSF claims today that there is 97 percent industry compliance with its conservation measures, yet the organization has still failed to reach its “MSC standard” target. In the PNA he stresses that island nations do not have the luxury of making such promises and “not delivering”.

With the term FIP taking over in industry talks, and ISSF itself focusing more on FIPs than MSC, Brownjohn questions a claim presented by its President Susan Jackson at the Bangkok tuna conference. There she said “A FIP is equal to an MSC certified fishery with conditions.”

He points to what he says are “6 years without any sustainability results in ISSF”, and adds that there are now massive investments in FIPs, with large donations to NGOs, and again long-term promises. Many FIPs have an aim to reach MSC certification standards within five years, but Brownjohn says they have hardly produced any results in the last decade.

Instead, with stocks getting worse, he fears these projects could be used as a “green wash to buy time and satisfy NGOs, while securing market”. This in turn undermines the term “sustainable certified fishery” through self-certification or a kind of “MSC Light”, he adds.

With this, it was emphasized that there are no self-certified claims that can be used when it comes to MSC. Under the Pacifical MSC, the PNA’s CoC runs from catch to consumer, ensuring full transparency and traceability. The latest announcement from the region is that as part of its new “Smart Ocean States” policy, Pacifical MSC tuna caught in the PNA waters will be fully blockchain compliant by the end of July 2018 – another example of what Brownjohn refers to as “leading” innovation. 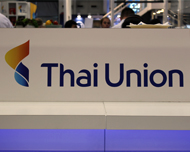 Amid challenging market conditions, Thai Union has revealed its first quarter profit declined by 39.3 percent YoY, with higher priced raw materials, a decline in tuna sales, and a stronger Thai baht all named as the major contributors.

While the firm previously said it expects record sales figures this year, the first three months have thrown hurdles in its path, with a 5.5 percent YoY decline in sales at THB 29.7 billion (USD 932 million). This has been credited to “declining tuna sales” and a stronger Thai currency.

Net profit for the Q1 period fell to THB 869 million (USD 27 million), down nearly 40 percent from the same timeframe in 2017, with it stated that “inventories of higher-priced raw materials, particularly in the tuna business,” had firm impact. This resulted in a weaker profit margin, which the company has posted at 11.3 percent, down from 14.5 percent last year.

While North America still accounted for 40 percent of total sales, there was “tougher market competition” in this region, resulting in both a volume and value decline. But Thailand, China and the Middle East all provided business growth for Thai Union, within several product segments. Conditions improved in these markets, it is said, “due to the launch of new products and increased marketing and sales activities.”

Looking forward, TU says it will continue to work harder to “weather the industry’s volatility”. Thiraphong Chansiri, the company’s CEO, notes that the pressure from rising raw material prices is “beginning to relax as tuna product prices show signs of a more moderate increase.”

Chicken Of The Sea Launches Innovative YF Slices In US 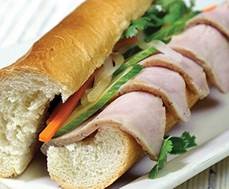 US brand Chicken of the Sea has introduced an original product to its portfolio that will be available to America’s foodservice sector. Its new yellowfin tuna slices are the first of its kind and the deli-style product, ideal for sandwiches, salads and wraps, will be unveiled at the Seafood Expo in Boston next week.

Thai Union owned Chicken of the Sea, describes the product as the “world’s first pre-sliced, pre-seasoned tuna slices made from whole yellowfin tuna loins”, which offer consumers a healthier alternative to traditional meats.

The Vice President of Foodservice at Thai Union, Jeff Hill, said there had been an “innovation void in the tuna fish sandwich” and the yellowfin slices address this by allowing consumers to enjoy tuna sandwiches “without being drenched in mayo and other ingredients”.

Initially, there will be two varieties of the product, Black Pepper and Cajun. Chicken of the Sea says each vacuum-packed two-pound package will contain 16 two-ounce yellowfin tuna slices. The product will be stored and shipped as frozen.

Due to the innovativeness of the product, it is a finalist in the Best New Foodservice Product category at the 2018 Seafood Excellence Awards. Hill tells Atuna the firm is excited to be recognized and he is confident the tuna slices will be a hit with both operators and consumers.

When asked where the yellowfin is sourced from, Hill was unclear with his response but said, “the yellowfin tuna slices will be sourced relative to the specific needs of our customers”. In regards to sustainability, Chicken of the Sea’s press release stated the product is “expected to receive Marine Stewardship Council (MSC) certification”. However, Hill further explains the product is “consistent” with Thai Union’s pledge of ensuring all of its branded tuna will either be MSC certified or sourced from a FIP by 2020.

The company is currently focusing on solely introducing the product to the foodservice sector as the Vice President notes it is an “amazing opportunity to refresh the deli/restaurant experience”, and lists the new slices on its separate foodservice website. Chicken of the Sea will reveal its latest product at the Seafood Expo North America in Boston from March 11-13. The winners for the Seafood Excellence Awards will also be announced at the event.