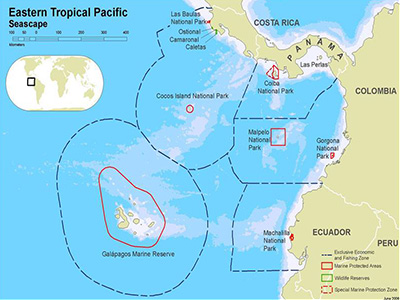 The agreement between Costa Rica and Global Fishing Watch (GFW) which was signed in July 2020, has come into effect. Since January 2022, the data of 95 vessels – commercial longliners and purse seiners – are publicly visible on the company’s map as part of its commitment to transparency in its fishing sector. Costa Rica entered the pact to combat IUU fishing in its nearly 231,661 square miles (600,000 square kilometers) waters in the Pacific and the Caribbean.

With GFW’s technical support, Costa Rica’s monitoring and control capacity has been strengthened, allowing it to better manage its fish resources. Tuna along with dorado and swordfish are part of the country’s vast majority of catches. Although small-scale domestic boats net tuna, the fish is mainly caught by foreign purse seiners with licenses to operate in the nation's EEZ.