The human body, unlike fish, is not able to generate any form of the fatty acid. Therefore, Omega-3 is considered essential in any diet.

Omega -3 can be divided into distinct components: ALA (alpha-linolenic acid), EPA (eicosapentaenoic acid) and DHA (docosahexaenoic acid). ALA is found in plants and converted into DHA and EPA in the body, meaning tuna contain only DHA and EPA.

The consumption of Omega-3 is known to have beneficial effects on the body. Research has found that Omega-3

Apart from the proven effects of Omega-3, there are many subjects that have been investigated, but results have been found inconclusive, due to expert’s contradicting conclusions. Among others, a large amount of research is conducted on: 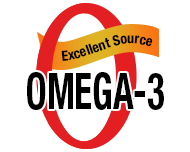 There are also effects of Omega-3 that are only seen in big tuna eaters, linking some evidence mainly to DHA and EPA, but also to other tuna characteristics. In people who regularly eat tuna, research found:

Notable is the amount of researchers suggesting we should stop thinking about Omega-3 as either good or bad and no gray area, implying Omega-3 is essential, but no magic cure.

Nevertheless, there is a big market promoting the positive influences of the fatty acids and consumers are aware of the importance of Omega-3 in their diet. Tuna oil is often used as a source and is made of the head of the fish and therefore often shorter in supply. The specific chemical composition of the form of EPA and DHA present in tuna oil differs from other oils and are said to be digested more easily, which is why the effects are significantly more positive.

The long chain omega-3 content in canned tuna does vary because of the following reasons: